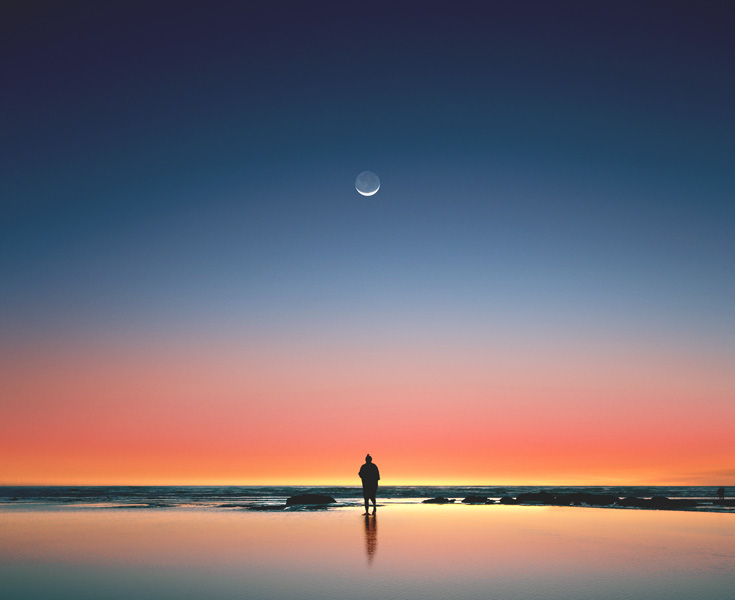 Cedarville, OH lies sandwiched between miles of corn fields and back roads and is notably sparse when it comes to counselors, especially on the budget of broke college students. So, when I first attended Cedarville University, I immediated applied for counseling services on campus. After applying in January, I heard nothing back until March. So four months later, I finally received an email saying availability had opened up. I scheduled my appointment, which was an outstanding counseling session with a great counselor, for the beginning of April. Through the entire semester, I managed to have two sessions in April.

My application for counseling included symptoms of severe depression, anxiety, and a past of emotional and verbal abuse. Why did it take Cedarville four months for me to get help? Another former student, in this article, recounts that they were able to receive counseling after applying in the summer. However, after one appointment, they were placed back on a waiting list and were not seen for the rest of the academic year.

Cedarville has to hire more counselors–instead of maybe, I don’t know, building more buildings?–in order to address the needs of its student body. The counselors on staff, as far as I have heard and experienced, are highly proficient, skilled, godly individuals. They won’t rat you out (because they legally cannot) and seem to truly care for your well-being. The problem is, 1 counselor for every 1,000 students is woefully insufficient, especially in an environment that can be so damaging to students’ mental health through legalistic restrictions presented under the guise of Biblical truth. The availability of counselors is a simple issue to solve, but a necessary one. As we will see as this article continues, Cedarville MUST change its environment.

Cedarville has a long and deeply disturbing track record of dismissing students for mental health concerns. I personally know an individual who was dismissed after seeking help for thoughts of self-harm. A website called The Wartburg Watch published an article detailing large-scale abuse of and ignorance towards individuals struggling with mental health. According to their source, all chairs and deans received an email in August–soon after Dr. White preached a message of intolerance toward abusers, aggressors, and assaulters–stating that student accounts of abuse, aggression, and assault were simply not true and that Cedarville had done nothing wrong.

Cedarville says they did nothing wrong. Not even getting into the Dr. Moore crisis, there are countless examples of Cedarville’s wrongdoing. The Wartburg Watch recounts the story of a former student who experienced an eating disorder and sucididal ideations. They met with Dr. Jon Wood (Vice President of Academics) and Dr. Mindy May (Vice President of mishandling mental health concerns). These, at the time, unlicensed individuals decided she was fine and no action was needed. Apparently, Dr. Wood found it much more interesting how people pronounce “crayons.” In spite of May and Wood’s evaluation, their friends brought them to Kettering and they were hospitalized. Tragically, they were sexually assaulted while hospitalized. After returning to campus, they were forced to sign a Non-Disclosure Agreement about their experience.

Another story recounts a student named Kiara experiencing mental health issues and a roommate (an aspiring RA, no less) who spread false sexual rumors about her and rumors about her mental health on campus. Mindy May addressed this issue by meeting with her and her family at the field house during registration, surrounded by hundreds of students and their families. Very private. Mindy May disclosed that the roommate had admitted she spread those rumors after previously telling Kiara that the RA position would not be granted if her accusation was true.

Here’s the kicker: Mindy May gave her the RA position back anyway.

Kiara requested a No Contact Order against the girl through the Title IX office. The Title IX office approved her request. She was told any proximity of her former roommate to herself constituted a violation and her roommate was required to leave line. When violations occured, Mindy May responded that these were not, in fact, violations. In fact, she informed Kiara that her story probably wasn’t accurate and that she was innacurate in her details.

Harrassment continued to occur from this now RA towards Kiara and Mindy May continued to ignore her requests. Appeals as far as Dr. White were ignored and belittled. Kiara became actively suicidal and was hospitalized. Two days after her release, she was informed she had a meeting with Dr. Wood and Dr. May to discuss. In this meeting, Kiara was belittled and Dr. Wood actually rolled his eyes at her as she recounted the harrassment she was experiencing. Her parents emailed Dr. White. She was given the number for campus safety in case she ever felt like killing herself again.

Doesn’t that seem to arise as a theme with the Cedarville administration? We don’t like it, so we won’t respond.

If you have experienced trauma caused by Cedarville’s administration, please reach out and we can help you. Whether that be sharing your story, finding advocacy for you, or finding counseling services for you, we will do whatever we can to help you. Our anonymity ensures yours as well.

CU shouldn’t have brought that up (CU Never, part 2)

Cedarville’s handbook states, “Cedarville University will permit only those demonstrations, solicitations, or distributions that, in the judgement of the University, are orderly and peaceful.” This makes sense, until the handbook further defines this stance. “Demonstrations, solicitations, or distributions [especially those people over at the Cedarville Interpreter!!] that, in the opinion of the University, involve advocacy of unscriptural positions, are disorderly, or that interrupt or disrupt [any University function].”

In other words, if you disagree with Cedarville in any way, you can get kicked out of the University. Students must receive permission from the university to distribute any materials. So I could very easily get kicked out just for writing this article. Cedarville claims to value truth, but punishes free speech or any form of dissidence. The FIRE institute put it incredibly well:

Freedom of speech is a fundamental American freedom and a human right, and there’s no place that this right should be more valued and protected than America’s colleges and universities. A university exists to educate students and advance the frontiers of human knowledge, and does so by acting as a “marketplace of ideas” where ideas compete. The intellectual vitality of a university depends on this competition—something that cannot happen properly when students or faculty members fear punishment for expressing views that might be unpopular with the public at large or disfavored by university administrators.

Foundation for Individual Rights for Education

This free exchange of dialogue, pushed down by the Cedarville administration for the sake of self-image, is especially important in the area of mental health. Allowing students to come forward with their issues is not as easy as posters with an email address you can email. It begins with a culture of acceptance, understanding, and frankly, a lack of ignorance of mental health.

Cedarville must open their hearts and minds to the struggles of hundreds of students on their campus who fear getting help from an administration with a track record of turning their backs on students for nearly a decade.

Todd Wilhelm of Thou Art the Man and The Wartburg Watch provided some resources that may be helpful for you: Redeeming Power by Diane Langberg, Somethings Not Right by Wade Mullen, The Sociopath Next Door by Dr. Martha Stout, Healing Spiritual Wounds by Carol Howard Merrit, The Long Journey Home by Andrew J. Schmutzer, and The Subtle Power of Spiritual Abuse by David Johnson and Jeff Van Vonderen

View all posts by cedarvilleinterpreter1