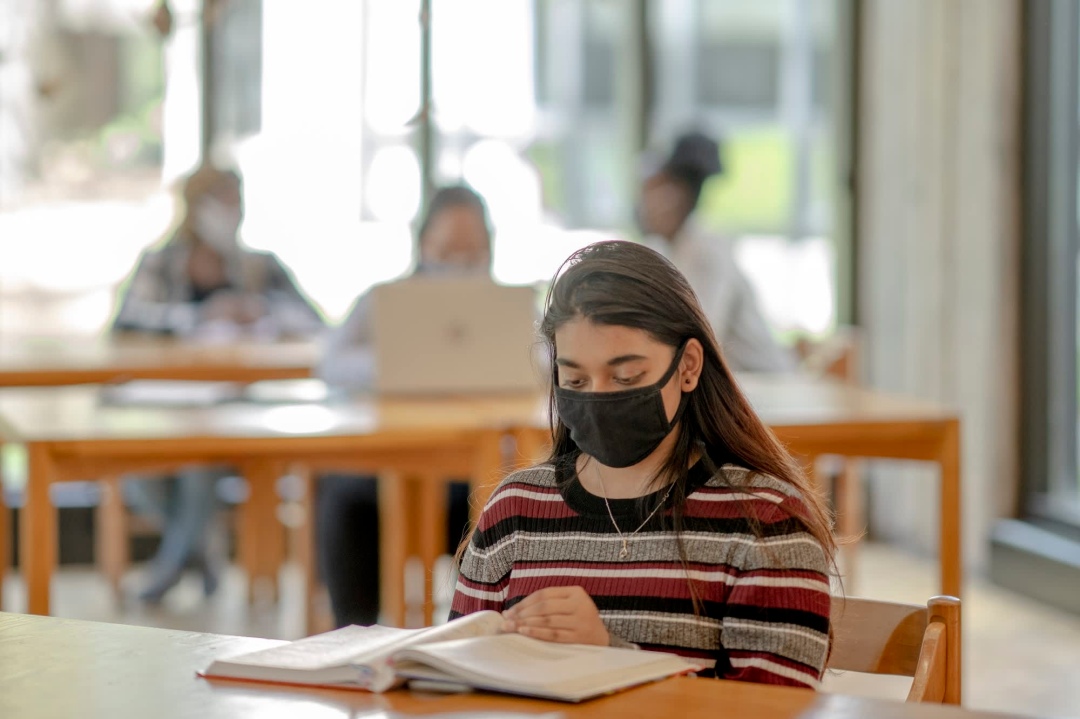 At the onset of COVID-19, colleges and universities across the nation began to close down en masse. It was a nightmare for those who were not prepared and a nightmare for students who had to adapt to a learning style many had never experienced and few had enjoyed in the past. But Cedarville University pressed on, and after closing down the school they began to conduct classes fully online. Of course, the logistics of getting used to Zoom (a software program few even knew of or used before the pandemic) was incredibly difficult. Professors who were used to making personal connections with their students found it difficult to connect with a camera (or a $1,000 “Owl” system) and professors who relied on their white boards had to find new and unique ways to get their points across. White boards are nearly impossible to see over Zoom, especially if the connection wavers even a little bit. Zoom classes were so difficult that several Communications students studied the impacts of virtual learning on professors and students for their capstone project. According to a student in the program, they found a definite disconnect between students and professors caused by the virtual learning environment.

However, one of the most appealing features of Cedarville University is its faculty-to-student ratio. The abundance of faculty and the relatively small size of the student body mean that professors are able to make deeper, more personal connections with their students and focus on individual growth alongside academic success. This carried over into the workings of online classes for the most part, with a few exceptions (professors who were incapable of adapting to technology or new styles of teaching). The Cedarville administration undoubtedly heard the outcry from students and faculty alike, prompting policies meant to bring the school back in-person starting in Fall of 2020. Graduation was put off, many campus projects delayed, and hundreds of thousands of dollars refunded (and, therefore, unavailable for the approved budget). Professors began to wonder whether they would receive their yearly pay raises, especially after a year of being tested to the limits. Cedarville decided to put off building projects (and, unfortunately, continue to raise tuition) in order to make these pay raises possible. There is no doubt that the faculty deserved an increase in pay, especially given the circumstances.

Over the summer, the administration became embroiled in scandal with the firing of Dr. Moore (and the almost-firing of Dr. White, along with the resignation of two board memebrs). This was a perfect storm: financial whiz Dr. White, who had brought the school out of a time of financial difficulty, was out of commission pending investigation. This was terrible timing. Luckily, the school managed to survive (although, I suspect, is still recovering considering the substantial delays on the new Business building next to the Stevens Student Center). In the Fall, students were invited back to campus relatively late, with policies being posted just a few weeks before students were set to move in.

Cedarville’s COVID-19 policies and procedures were rather confusing, but essentially in line with the rest of the country. Masks were not required in residences such as dorms (which is consistent with Constitutional guidance on college dorms being considered private living areas to a certain degree) but were required in all other buildings. Masks were not required while sitting down to eat with friends, but were required while sitting socially distanced in a class. Like I said, the policies were rather confusing and contradictory, but Cedarville really didn’t have a choice. Cedarville couldn’t do nothing about the pandemic and risk a breakout of disease on campus, but it also couldn’t lock down the campus and expect students to comply or to consider returning to CU worth the difficulty. Cedarville did their best to appease both sides by appealing to safety as well as providing respite from COVID restrictions for those who resisted pandemic regulations.

Of course, compromise is not always a win-win, and both sides certainly voiced their complaints. Some students felt policies were far too restrictive (and many simply boycotted restrictions by not wearing a mask) and others felt policies were not restrictive enough or not well-enforced. We performed polls on our Instagram page asking whether students approved of Cedarville’s COVID policies and opinions were very much split between those who approved, those who disapproved due to strictness, and those who disapproved due to lack of strictness. Enforcement also–like practically every rule at Cedarville–had to do with who you knew. RAs told couples masks were required in dorms and made it a point to PC people they didn’t know to show off for their friends (true story).

Beyond these problems, University staff members reported instances of Cedarville denying its staff flexibility. One staff member requested flexibility to take care of a terminally ill relative by working remotely but was denied. Another staff member whose family member passed away from COVID felt that Cedarville’s attitude toward the pandemic was apathetic, especially after Dr. White had a minor case. These stories are often overlooked by those of us who were not directly affected by COVID. Many of us watched COVID from distance while individuals such as these felt direct affects of Cedarville’s policies on the lives of their families.

As classes resumed in the fall, some professors remained online, others took a hybrid approach, and still others embraced returning to a (somewhat) traditional classroom environment. Cedarville’s quarantine and isolation policy took a substantial toll on learning, especially during the fall semester. You were in the same room with someone who coughed? BOOM. Quarantine. You have a cough? BOOM. Isolation. This uprooting of students from their dorms and classrooms made education a serious challenge. Isolation in the decrepid Faith Hall across the street from Founder’s was probably not the best option (perhaps isolation in the dorm room to maintain some level of normalcy and comfort would be better) but Cedarville had to work with what they had and overall did a good job of preventing widespread infection.

Cedarville began to slowly ease up on restrictions as chapel moved from outside to the field house back to the DMC. There was no longer any question that dorms were mask-free spaces, unless by personal choice. Many campus buildings began to ease up restriction of mask-wearing (except if there was a spike in cases, then suddenly enforcement went back into full swing). The number of cases ebbed and flowed, but remained relatively low. In fact, they remained remarkably low for a university where dorms are breeding grounds for disease. Some theorize based on a few cases that Cedarville limited its COVID infection numbers by shipping of sick students to their homes to keep numbers low. Others say COVID was not as infectious as previously thought. But somewhere in between the infectious nature of the disease, Cedarville’s potential underscoring of cases, and the policies put in place lies a fundamental truth: on the whole, Cedarville did a good job of keeping infections low. Yes, academics certainly suffered (although the pass-fail option for students saved many a GPA) and personal connections were lost. Graduates lost the opportunity to walk until the following Spring. We all felt out of shape after walking up the BTS stairs with a mask on and being out of breath. We all lived in a degree of fear for over a year. But Cedarville University did what they needed to do: they minimized infections while maximizing academic opportunity as much as possible.

Cedarville, like many organizations across America and the world, learned many lessons along the way, many of which are likely to carry over into the future. The virtual environment did not substantially decrease productivity for many jobs and in fact improved many people’s quality of work. Students became more adaptable and more conscious of their personal hygiene and health decisions. Not to mention, everyone got a Ph.D. in immunology and was a subject-matter expert on an incredibly complicated virus and its vaccines (that was sarcasm, but we did all learn more about viruses and disease than we ever wanted to). The future looks rather bright at Cedarville now, with all restrictions lifted and life finally getting back to normal.

Of course, we can’t get too comfortable. Washing hands, sanitizing, keeping things clean, not allowing ecosystems to develop in the water bottles that roll under your bunk bed, all of these are practices we should continue to prevent the spread of any disease. Furthermore, you may have heard the old dad joke when you have a headache: “Well I’ll just stomp on your foot. That’ll fix it!” It’s true. Pain overwhelms lesser pain. In the same way, the problem of COVID can overwhelm other problems that were not as immediate, such as the theological direction of the University. Remain vigilant and let your voice be heard now that it’s not muffled by a mask.

View all posts by cedarvilleinterpreter1